We aim to bring you the best LGBT+ romance book deals, the hottest new releases and some awesome KU reads. Happy reading!

Work, sleep, work, repeat. Nero’s lonely life suits him just fine until his best friend Cass asks him to take on a new apprentice – a beautiful young man who’s never set foot in a professional kitchen. Despite his irritation and his lifelong ability to shut the world out, Nero is mesmerized by the vibrant stray, especially when he learns what drove him to seek sanctuary on Nero’s battered old couch.

Lenny Mitchell is living under a cloud of fear. Pursued by a stalker, he has nowhere left to run until Nero offers him a port in a storm – a job at the hottest restaurant in Shepherd’s Bush. Kitchen life proves heady and addictive, and it’s not long before he finds himself falling hard and fast for the man who has taken him in.

Fast-forward a month, and a neither man can imagine life without the other, but one thing stands in their way: a lifetime of horrors Nero can’t bring himself to share with Lenny. Or can he? For the first time ever, happiness is there for the taking, and Nero must learn to embrace it before fate steps in and rips it away.

It’s a classic fairytale: Knight meets necromancer. They argue. They fight. They…make out?

Prince Roland comes home from the war to bury his father and see his sister on the throne. He sneaks out to his favorite tavern for nostalgia’s sake. It’s the place where he kissed a man for the first time, the place where he used to carouse with the lover he buried on a battlefield.

Roland expects to enjoy some anonymity and perhaps flirt with a few strangers for old time’s sake. He does not expect to find a fascinating scholar from out of town—a lonely young man with beautiful eyes and an obvious longing to be touched, buried beneath a prickly demeanor. The man clearly has his secrets, but so does Roland, and their unexpected chemistry makes him feel alive for the first time in months.

Roland exerts all his knightly charm and is rewarded by the promise of a second date. He figures he’ll need something to look forward to tomorrow, since he must spend the day in council with his family’s sworn enemy—a necromancer whom his sister has rashly invited to consult about the war.

Sairis is a necromancer with a price on his head. He knows that he will have to bargain for his life tomorrow. He’s never been this far from his tower. He’s good with magic, not people. He’s frightened, although he doesn’t want to admit it.

Sairis knows he’s doing something foolish by visiting a tavern the evening before his meeting with the royals—a tavern that caters to men of certain tastes. But Sairis wants things. Things a hunted outlaw can never have.

He tells himself that he’ll just watch—see what ordinary people enjoy every day. Sairis is confident in his ability to intimidate anyone who comes too close.

He’s shocked when a dazzling mountain of a man is not intimidated in the slightest. Sairis knows a knight when he sees one. He has killed plenty of knights. But this knight is funny and kind. Sairis finds his defenses melting in spite of his best efforts. Maybe he could go on a second date with this person.

Of course, he’ll have to get through tomorrow first…when he must bargain with the hated royals who have persecuted him all his life.

The Knight and the Necromancer is a trilogy with satisfying HEA at the end of book 3. Steamy scenes, adults only.

There’s A First Time For Everything

If my baby sister wants to have a wedding in the middle of nowhere, who am I to tell her ‘No’? Even if small town mindsets make me itch. At least the guy running the only bed and breakfast in town, Randall, with his curious nature and kind smile, seems nice enough.

Being the only gay man in a small town isn’t easy. Adding to that the past-due rent bills and the stress of managing an empty bed and breakfast. It was a blessing to hear that there would be a large wedding party staying over. I hadn’t expected anything of it except being able to actually pay the bills, until I met Mister Tall, Dark, and Handsome. And, unfortunately, straight. Or so I thought.

Small City Heart is a standalone Gay First Time Romance with a HEA and NO cheating!

Can two men from opposite sides of the tracks find love?

Colonel Liam Cobalt has it all. He is content being a successful colonel in the Army and a billionaire with enough money at his disposal to help others. It takes only one glimpse of Spencer Turner to change all that. When a headlong clash sets him back, he must rethink his strategy. Offering Spencer friendship instead of romance seems like a good idea even though he wants so much more.

Captain Spencer Turner grew up dirt poor. He has fought for everything he ever had and now he’s all about taking care of his younger brother. When Liam suggests “friends only”, Spencer accepts because there’s no way he can become involved with a rich man. Been there, done that. Besides, he’s got too much going on for anything else.

When a sinister enemy is hellbent on extortion, Spencer finds himself facing a no-win situation. Will Liam come to the rescue? And if he does, will Spencer accept his help? Two powerful men come together thinking they can keep it on a “friends only” level, but when the heat rises, is taking it slow the best course?

*While Taking It Slow can be enjoyed as a standalone, it is part of a series and couples from previous books are mentioned. * Code of Honor, Cobalt Security, and Out for Justice series are loosely connected. 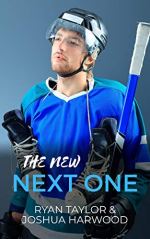