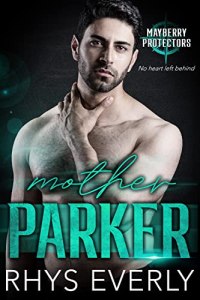 Divorced. Beaten down. A failure. Until a ray of sunshine comes into my life…

People call me Officer Grumpypants, but wouldn’t you be if life kept knocking you down?

My life is an endless sh*t list that I can’t even begin to unravel.

It all started when my parents died.

It continued when I was forced to sell my house.

And it all came to an epic conclusion when my wife walked out on me.

What I need is to get my mind in order and my life back on track.

So when my old commander offers me a job in Mayberry Holm, I grab the opportunity by the balls.

I’m ready to put my head down and my hands to work.

What I wasn’t planning though was becoming pet food for crows by this infuriating little man who throws seeds at my face.

Or being hired to help said man with his new store.

Or having to protect him from a bunch of criminals that prey on his softness and sweetness.

Even though he drives me insane, I can’t stop thinking of him. And even though he’s annoyingly cheerful, I can’t help but smile around him.

Or fantasize about him doing… naughty things to me.

What the hell is happening to me? Am I falling for the young, bubbly, pink-haired man? And is it too late to stop it?

Welcome to Mayberry Holm, a small island in the Atlantic full of crime, secrets and happily-ever-afters, and the ex-Navy SEALs that come to deal with them all. 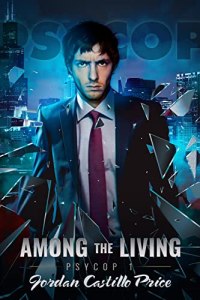 Once upon a time if you told doctors you heard voices,
they’d diagnose you as schizophrenic, put you on heavy drugs,
and lock you away in a cozy state institution
to keep you from hurting yourself or others.
Nowadays they test you first to see if you’re psychic.

Victor Bayne, the psychic half of a PsyCop team, is a gay medium who’s more concerned with flying under the radar than making waves.

He hooks up with handsome Jacob Marks, a non-psychic (or “Stiff”) from an adjacent precinct at his ex-partner’s retirement party, and it seems like his dubious luck has taken a turn for the better. But then a serial killer surfaces who can change his appearance to match any witness’ idea of the world’s hottest guy.

Solving murders is a snap when you can ask the victims whodunit, but this killer’s not leaving any spirits behind.

Only 99c / 99p or read with KU! Check out all our featured KU books 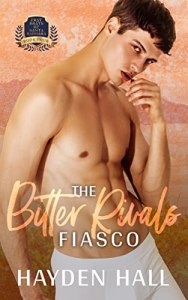 I fell in love with the enemy. Twice.

For my twenty-first, I threw a masquerade party and met the most exciting guy on the planet, dressed as a fallen angel. Then, I never saw him again.

And just when I think my life is perfect, in walks my nemesis, Tate Anderson.

The guy’s got no finesse. He looks down on everyone, especially me. So, when the mischievous wannabe matchmaker of a professor forces me into a project with none other than Tate, I seriously consider dropping out.

Except, the more time I spend with him, and the more we growl and bark at each other, the tighter my chest feels around him.

To put him out of my mind and escape the feelings I’d kept at bay for so long, I keep throwing the biggest parties in the city. Like some modern version of Jay Gatsby, I hope to run into my mysterious fallen angel, but he’s ever so elusive.

Until he shows up again.

And I take his mask off…

My life sucks but don’t make a mistake thinking I would let anyone know. Especially not Hudson Blackwood. That guy’s gloating enough already. Ugh… He laughs too much, pretends he’s so cool, nothing really bothers him.

Well, except the fact he’s stuck with me on a semester-long project. But I’m stuck with him just as much. He’s also hot as hell and knows it, which makes him infinitely more annoying.

And if that’s not enough, my stepmother is spending the last of my late dad’s fortune on her two sons and I have to study every waking moment to keep my scholarship.

The only escape I’ve had since coming to Santa Barbara were the masquerade parties a tall, handsome guy dressed as The Phantom keeps throwing.

Before I know it, I am hurtling into love and I hate it. I know my stepmother will uproot me again before the year is done. Besides, I don’t even know who this smoking hot Phantom is. This can only end one way, and it’s not good.

It’s just better for everyone if the masks stay on.

The Bitter Rivals Fiasco is an enemies-to-lovers story featuring one certified player, his moody, lifelong rival, and a Cinderella-meets-Great-Gatsby storyline. This is the fourth book in the Frat Brats of Santa Barbara series. While it can be read on its own, it’s just more fun to read them in order, since the series follows a group of friends as they grow and mature at a prestigious, boys-only business school, Highgate Academy. 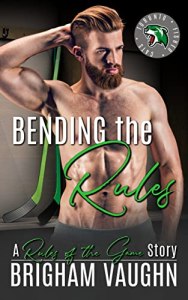 Hockey is Noah Boucher’s life. He even walked away from a chance at a relationship for a career as a star goaltender. But when an injury sidelines him and he crosses paths with the man he left behind, everything changes.

Noah is determined to have it all: a return to the ice, one final season to lead the Toronto Fisher Cats to the Cup—and a future with Simon Lawrence.

Simon is stunned to see Noah again, and all of his old feelings come rushing back, along with off-the charts chemistry. But Simon has been burned by relationships in the past, and his own career as a photographer and gallery owner is at a turning point. Trusting Noah to put him first—even while struggling to reconnect with his team and dealing with media scrutiny—is a tall order.

When catastrophe strikes just as the playoffs are heating up, Noah will have to make a choice: risk the man he loves or bend the rules to prove this time, Simon comes first. 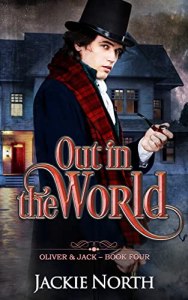 After escaping Axminster Workhouse, Oliver and Jack travel by coach to visit Jack’s family, and then to Chertsey, to visit Oliver’s. But families can be cruel, and the lads’ quest for connection leads to disappointment.

Exploring taverns and river bends along the way, Oliver desires a home for both him and Jack. However Jack knows Oliver is the only home he’ll ever need.

When the pressures of propriety and rigid social rules threaten to divide them, and even the slightest act of affection between them could get them arrested, can their love endure? 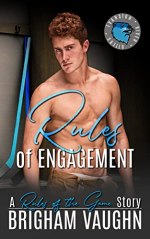 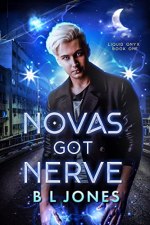 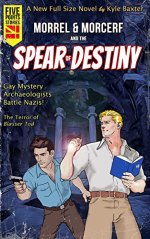