Steamy hot action, on and off the field, with the unlikeliest of couples. Intense rivalries. Forbidden love. Second chances.

These players may be titans of the game, but once time expires, can they find the love they’ve been searching for?

THE RIVALRY: Heath and Sam are two quarterbacks battling for the starting spot on the Los Angeles Riptide, but their past fling and intense chemistry make it difficult to ignore the powerful and inconvenient attraction they share. Their love affair could destroy everything, including their Super Bowl hopes, or maybe it could finally give them something—or someone—to win for.

ROUGH CONTACT: As a rookie kicker trying to make it to the final roster of the Los Angeles Riptide, Jamie shouldn’t have anything to do with the kicker they’ve just fired. While Neal might be a football legend, he’s also a man, struggling with failure and rejection. He should stay far away from Jamie, but a chance meeting brings them together, and an unlikely connection means it’s impossible to stay away, until they finally realize that it must be love. Fate might have united them, but football could destroy them—unless they learn how to stand together.

THE RED ZONE: The one thing out-and-trying-to-be-proud defensive star Spencer Evans has always wanted besides accolades and lots and lots of wins is acceptance. But he’s never gotten it, and ten years into his career, he’s tired of waiting. He turns to an old friend—and an old crush—hoping that with agent Alec’s help, Spencer can change everything about his life he’s come to hate. Including, maybe even finding love with the one man who’s always eluded him.

Can Sebastian Fox and Ezra Whitfield find happiness together despite their differences?

Star Spanked is a standalone low-angst romance novel seasoned with a teaspoon of boss/employee tension, half a cup of discipline, and topped with a delicious 17-year age gap. HFN/HEA guaranteed, and no cliffhangers. While this book is part of a series, it can be read on its own, but characters from previous books do show up in cameos. 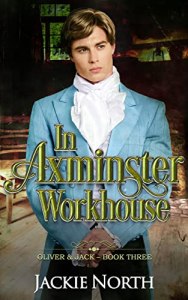 An orphan and his street thief companion are confined inside a workhouse to await judgement for a crime they did not commit. This is the love story of Oliver Twist and The Artful Dodger.

After a blissful seaside interlude, Oliver and Jack are arrested for theft and sent to Axminster Workhouse. They are put in the less-than-tender care of Workmaster Chalenheim, who controls the work they do, the food they eat, and the punishments they must endure.

Oliver struggles with the shame of being in a place he thought he’d left behind long ago. Meanwhile, Jack is confronted by a predator who tests the limits of Jack’s love for Oliver.

They must escape the workhouse before they succumb to the harsh conditions or are separated by the hangman’s noose, whichever comes first. 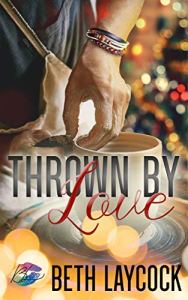 Divorce has left Charlie even more cynical than usual, and he isn’t thrilled about coworker Helen’s homemade-themed secret Santa gift exchange at the office. But the older woman is one of his closest friends in the small village outside London he calls home, so when she follows the announcement with a leaflet about a pottery class, Charlie gives in.

When Charlie sees the instructor, Josh, he’s admittedly attracted, but not ready for another broken heart—especially from a man so much younger. Helen is determined to see Charlie happy again, though, and her meddling only magnifies what’s already between them: a real connection and the desire for much more.