Can Sebastian Fox and Ezra Whitfield find happiness together despite their differences?

Star Spanked is a standalone low-angst romance novel seasoned with a teaspoon of boss/employee tension, half a cup of discipline, and topped with a delicious 17-year age gap. HFN/HEA guaranteed, and no cliffhangers. While this book is part of a series, it can be read on its own, but characters from previous books do show up in cameos. 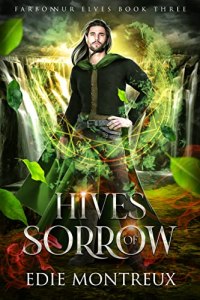 With the curse on his skin broken, the next item on Alvarick’s agenda is … sunbathing? To fill his power stores, he’s stuck lying under the healing sun all day or the heater at night, wishing Velden would do more than (pretend to) sleep beside him. With only ten days until their bonding ritual, he may fail this mundane task. They are still an endless hive labyrinth away from their destination, and it’s packed with the undead.

Velden is Alvarick’s first love, but love alone isn’t enough to guarantee their true bond. There’s more to their bonding ritual than he’s shared, and blood mages and demons aren’t the only obstacles in their way.

Will love be enough to hold them together, or will the hives of sorrow tear them apart?

Right at the dawn of Chris’ adulthood, his world is torn apart. After an aggressive band of aliens invade Earth, he flees to the mountains with what’s left of his family where they fight for survival. But how long can they remain hidden before they’re caught?

Lasar and Nary are a soul matched pair of warriors from Alashar. Lasar is Nary’s Ahna, the one who dominates him and Nary is the Nasha, or submissive to Lasar. Every Alasharian needs the balance of the power exchange to exist peacefully within their lifelong, soul match bond.

Chris and his cousin Morgan are captured and sent to the slave cages where they discover from the other imprisoned men that they are destined to be sex toys for alien pairs. Now their terror changes from the fear of losing their lives to losing their virginity to these alien monsters.

But nothing is at it appears anymore. When Chris is awarded to Lasar and Nary as a war prize, a shocking event occurs. As Lasar searches for answers, he begins to question the reasons behind the Earth invasion and where his loyalties should lie. As their Ahna, he must be the one who decides whether they will all be safer together, or apart.

Can destiny be changed? Or is it their only hope for salvation?

Danny Kingman is used to fending for himself. Working nonstop as an ER nurse to pay for his mother’s care, he’s been putting his own life on hold since he can remember. But when an unbelievably hot, strangely intense man saves him from a mugging, Danny has a feeling everything is about to change. Especially when that man suddenly pops out a pair of fangs.

Roman Mourier has been wandering aimlessly for decades, waiting for the inevitable day when the last of his humanity leaves him, and the demon inside him takes permanent control. He doesn’t believe in fated mates, or the myth that there’s a soul out there that could tether his humanity to him. Until he feels a strange pull to the lovely young man at the hospital, and hope stirs in him for the first time.

But Roman has demons other than just the one inside him. Is he strong enough to keep Danny safe from the past that haunts him? He knows one thing for sure: now that he’s found his mate, he will do anything to keep him.

Roman is a heated, fated-mates MM paranormal romance with a HEA and no cliffhanger. It contains insta-obsession, a cinnamon roll of an ER nurse, and the possessive vampire determined to keep him. It also contains steamy scenes between two men, and the moderate violence (and mentions of blood) that one might expect from a vampire romance. Not suitable for readers under 18. 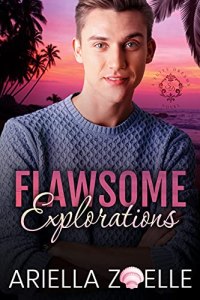 I embrace the philosophy that nobody is perfect by studying the art of imperfection. But then I meet Armand, forcing me to completely reevaluate my world view. From his gorgeous face, teasing sense of humor, and a French accent to die for, everything about him makes me forget one very important detail: I’ve never been attracted to a man until him. I shouldn’t let him tempt me, but the glimpse of the real Armand behind his playful flirtations makes him impossible to resist.

I’ve never been the adventurous type, but Armand makes me want to be brave and daring. Isn’t a lifetime of happiness with a person who understands me worth the risk?

I approach Zio in search of a no-strings-attached evening of fun to kick off my business trip to Hawaii. But I get way more than I bargained for when I discover a shy, nerdy sweetheart who finds beauty in my flaws. He even accepts the parts of my heart that I hide from the world. It makes me want to make him mine—not just for one night but for every night of the rest of our lives.

He says he’s straight, but when have I ever let that stop me from getting what I want?

Flawsome Explorations is the second book in the Suite Dreams series and part of the Sunnyside universe. This novel features a bi awakening, insta love, shy/flirt, age gap, opposites attract, gay romance. If you love cute sweetness, sexy fun, and no angst stories that will make you laugh and swoon, you’ll enjoy this satisfying HEA without cliffhangers. Each book can be read as a standalone or as part of the series in order.