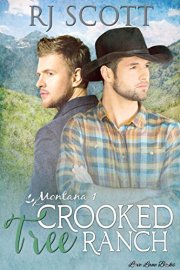 The Cowboy and the City Slicker.

On the spur of the moment, with his life collapsing around him, Jay Sullivan answers an ad for a business manager with an expertise in marketing, on a dude ranch in Montana.

With his sister, Ashley, niece, Kirsten and nephew, Josh, in tow, he moves lock stock and barrel from New York to Montana to start a new life on Crooked Tree Ranch.

Foreman and part owner of the ranch, ex rodeo star Nathaniel ‘Nate’ Todd has been running the dude ranch, for five years ever since his mentor Marcus Allen became ill.

His brothers convince him that he needs to get an expert in to help the business grow. He knows things have to change and but when the new guy turns up, with a troubled family in tow – he just isn’t prepared for how much.

NB: This is a previously released title. It includes a new chapter and is re-edited with new cover art. Word Count: 67,000 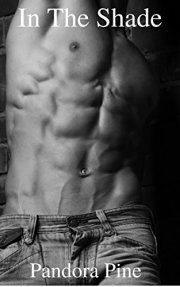 When college junior Phillip Chisholm refuses to major in business, his father stops supporting him financially. With two years of college to go, Phillip has no idea how he’ll manage to make his dreams of becoming a Greek historian come true.

Greek history professor, Christopher Daniels has been crushing on his sexy student for two years. When his star pupil suddenly fails a test, Chris offers to have Phillip over to dinner to discuss the situation, never guessing they’d end up in bed with Phillip calling him Daddy in the heat of the moment.

As Phillip struggles to come to terms with his new found kink, his overbearing father shows up unexpectedly. Will he take his father’s money or risk everything for the Daddy who loves him?

Eighteen-year-old Haru Ono has been in love with his stepbrother Aiden Davis since he was in middle school. Trying to keep his feelings under wraps is annoyingly hard when they’re living under the same roof in such close proximity, more so since Aiden is so caring and selflessly showers him with kindness.

Haru knows that family is important to Aiden, who has been shouldering the burden of raising five younger siblings, and it’s best Haru never reveals his feelings to Aiden. Then again, an eighteen-year-old boy with raging hormones can only bottle up so much until everything starts to burst. 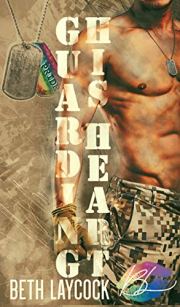 Tristan threatens to throw him way off course, and falling for the hot straight soldier is definitely not in his plans. But as tensions rise and the truth about Jake is revealed, will Lane’s heart follow orders or will all be lost like grains of sand swept away in a desert?