Blackjack dealer and stripper Adrian West has lived in Las Vegas long enough to be numb to beggars on the Strip. Their destitution is a sad, ugly part of reality in a city where people win or lose it all at the tables every single day.

So he’s at a loss to explain why the homeless man in the suit catches his eye. Why he can’t just keep on walking like he always does.

Former advertising executive Max Reynolds is a Las Vegas cliché. After a run of bad luck costs him his boyfriend, his job, and his home, he’s decided to go out with a bang—a week of high-rolling capped off with a peaceful overdose in a luxury hotel room.

When a last second epiphany keeps him from finishing the job, he’s ready to live again… but he doesn’t have a dime to his name. He has nothing.

That is until a stranger takes him in off the street. Max may have hit rock bottom, but now he has a glimmer of hope and an unexpected friendship.

A friendship that just might turn into everything neither man knew he was missing.

Nothing has been the same in Great Falls since Summer died. A drowning kid is a tragedy–one no family deserves. Not even mine.

But everyone, including my own family, seems to be intent on forgetting about it. So when it becomes an option to get close to the only person in town who knows the truth–the person everyone in town holds responsible for my brother’s death–it’s a total no-brainer. I don’t want to forget. I need to know the truth.

Uncovering the truth is one thing, though. Falling for the man everyone blames is another.

Falling for another boy in a tiny town is already complicated enough… so of course I have to go and fall for the boy who killed my brother.

Maddox was drawn to Bryan the first time they met…but something was missing.

Best friends, maybe more, they did almost everything together. They had classes together…studied together…hung out together…They were inseparable. But as close as they were, Maddox knew he was missing something about Bryan. Some kind of missing piece that would explain so much. If Bryan wasn’t in the closet, why was he so quiet about his sexuality? If he was out, why didn’t he date?

Why couldn’t he see Maddox as more than just a friend?

Bryan had no idea what to do. As much as he felt for Maddox, he’d never be able to tell him because that would mean letting him in on Bryan’s deepest secret. Maddox is the best but he’d never understand what Bryan needed…how he wanted to be loved. Right now he has Maddox’s friendship and that will have to be enough. If Maddox finds out what Bryan really wants in a relationship, he might lose even that. 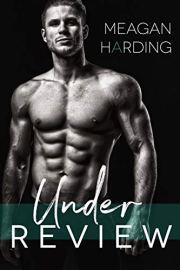 Nathan Barres has always loved hockey more than anything else, and as captain of his team the pressure is on to perform well. When a hook up with Felix Moore stirs feelings he’s not comfortable with, he flees the scene. He’s not expecting to see Felix ever again. So when an injury knocks him out at the start of a new season, he’s less than pleased to see the Winnipeg Wolves newest physical therapist is none other than his one night fling.

Time hasn’t dulled their chemistry, and Nathan’s feelings are back like they’d never left. When Felix proposes a way to burn through the energy between them, how is Nathan supposed to say no. It might be all fun and games to Felix, but Nathan needs to get whatever this is out of his system. Unrequited love? No, thank you.