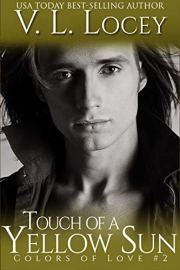 It’s been a rough couple of years for Marek Hafer, roaming hockey protagonist and pugilistic expert. Ending up in Berger Lake, Pennsylvania, on a financially unstable minor league team might just be the ending his wretched career deserves. On the other side of thirty, Marek knows his time on skates is dwindling. His goal now is to spend a few quiet years playing for the Berger Lake Badgers, knock a few helmets together as needed, and then call it quits before his salty personality gets him booted out of hockey permanently.

After a bloody encounter his first night on the ice, the Badgers coach suggests that Marek find a way to lower his violent tendencies before he’s sent packing yet again. That decree leads Marek to knock on the door of his next-door neighbor, Shey Pierson, the owner of Sun Touch Yoga Studio. Shey ticks every box Marek has with his soft blue eyes, flowing golden hair, and long limber legs. The only problem is that Shey is yin to Marek’s yang.

Can a man famed for throwing punches find serenity in the arms of a man known for his tranquil ways? 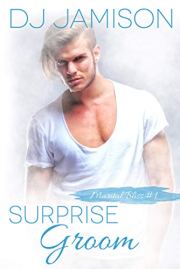 Can two men fake their way to marital bliss?

Caleb Taylor is shocked to learn his family could lose Bliss Island Resort — their home and livelihood — unless he makes use of a clause to marry the child of investor Louis Chastain. Sofia Chastain is more like a sister than a love interest, and Caleb isn’t ready to sign over his future. But Sofia has a brother, and Caleb has a plan …

Julien Chastain was disowned at fifteen and has made a life as a go-go dancer in Miami, but he lives paycheck to paycheck. When his childhood friend proposes an outlandish marriage contract, he thinks he’s crazy. But it’s a chance at a future that’s tough to pass up.

Caleb and Julien must present themselves as an authentic couple for the legal loophole to work, but the lines between “fake” and “real” keep shifting as they navigate intimacy, public scrutiny, and sabotage.

Love isn’t part of the plan, but plans change. If they can outsmart Julien’s father and prove their love is worth more than a transaction, they just might find a true happily-ever-after. 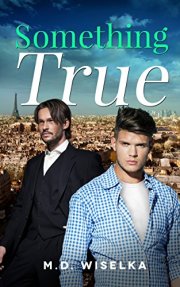 When his beloved wife of forty years abruptly leaves him for a far younger man, fifty-eight-year-old Mark Etson attempts to pick up the pieces of his shattered life and move on. Wanting to reconnect with his siblings, from whom he has been long estranged, Mark travels to London for the Christmas holiday, but too much time has passed. He soon realizes that his dream of reconciliation with his family is just that–a dream. Unwilling to return home to Toronto, Mark moves on to Paris—a place he once planned to visit with a dear friend.

Twenty-six-year-old Ashley Wilkes came to Paris eight years before with a friend, intent on making a life for himself far from the family who disowned him. He soon learned, however, the high cost of living in a foreign capital. With no friend except the one he came with, Ashley was forced to make a life for himself the only way he could. Knowing that he can’t go on this way forever, or even for much longer, Ashley plans his escape. When a chance encounter with a Canadian businessman offers him a means of making some quick cash, he jumps at the chance. It’s only when he starts to care about Mark that things get complicated. 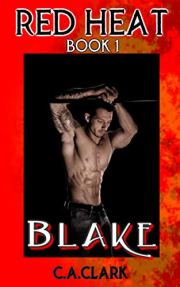 It looks like Blake has it all. He’s part of a great band, playing gigs at the weekend. While during the week he is the owner and managing director of a successful marketing company.

Nothing is going right in Nathan’s life. With a degree in graphic design, he has been unable to get a job in this field of work and with crippling student loans, he’s struggling to get by in life.

When Blake meets Nathan, he feels an instant connection and is drawn to him, but is unsure how to react. He hasn’t ever had a connection with anyone before Nathan came along and he struggles with coming to terms that he’s attracted to a man.

Through Blake, Nathan gets his perfect job and his life starts to finally turn around. However, Blake starts to struggle with balancing his responsibilities and looks to Nathan for help in sorting out his own life. Can Blake make the difficult decisions that will impact his entire life? 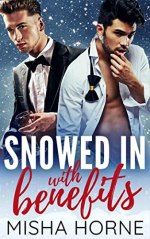 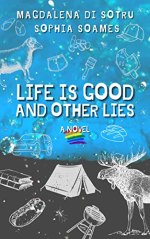