We aim to bring you the best LGBT+ romance book deals, the hottest new releases, and awesome giveaways! 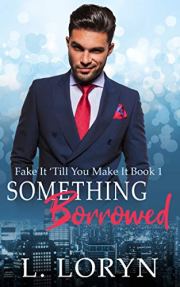 Aiden Blake Edwards came to the city to get away from an embarrassing past. He tore himself away from his messed up family to start a whole new life, but starting a new life and being a new person doesn’t come easily and he picked up a few debts along the way, debts that total six-hundred-thousand dollars.

Jasper Van Schermerhorne has a situation that involves marriage and billions of dollars. Technically, he needs to get married so he can access the money his parents have been saving for him since before he was born. There’s one caveat: he doesn’t even have a boyfriend.

So, he does the most natural thing. He holds auditions to find the perfect man to marry and offers to pay a hefty sum of money for the right guy as long as he agrees to a steamy honeymoon.

Aiden’s happy to accept Jasper’s terms and he’s excellent at pretending to be a lover. However, the big problem with pretending is knowing when the script stops and real life starts….

To save her college fund, John’s taking every run his plane can handle and doing his best to keep his shifting under the radar.

Then his latest job walks into the bar with a strange gait and velvety Southern drawl.

Army veteran Logan Maddox has given a lot for freedom.
He’s no hero, just a guy trying to adapt to new parameters. If he isn’t fully living the gay identity he’s finally accepted…well, it’s not top priority.

After three tours, two new legs, and one long-overdue divorce, Logan has zeroed in on a single objective: a trip into Alaska’s back country, no distractions.

But fate has its own tactics, and the only pilot available is a tall, surly drink of water who’s gonna challenge every good intention Logan’s got.

LAUNCH THE HUNT is the 1st standalone novel in the GRIZZLY RIM m/m shifter series. Strap in for late-night tent shenanigans, chilly skinny-dipping, slow dancing with consequences, and a couple of rules just begging to be broken.

Patton is new to town and hasn’t met a lot of people outside of the spa he works at as a massage therapist. Patton wants a relationship but he’s quick to fall in love and even quicker to scare away most men he’s interested in.

When he meets an outgoing bartender named Caleb, he is immediately attracted but isn’t sure he can date someone that has to flirt for tips all night long. Unfortunately, that’s not the worst thing Caleb does to make a living.

A heart-warming story about seeing past the surface to find what truly matters.

His whole life Hrafn had been ridiculed for his inability to always understand things. He was slower than others when it came to comprehending the world around him, but that didn’t mean he didn’t want what everyone else did – love. Yet, he was sure that would never happen for him, for who could ever learn to love someone like him?

With a knock on the door, Teagan’s world had been changed. Unsure how life could be so cruel and take his family from him, Teagan struggled to find meaning in his life. Searching for his ancestry led him to the place where the origins of his family tree began. If he’d known his being there would bring hell upon earth to that small town, he never would have come. Then again, if he hadn’t, he never would have met his fate.

Hrafn and Teagan must find a way to break down the barriers of their past so they can see what is Beneath the Surface if they hope to find their eternal love.