There’s no forgetting your first love.

It’s been twelve years since the boy next door disappeared from Steven Neeson’s life, but he’s never been able to forget the promise they made to each other. Since then, Steven has been lost on his path through life, suffering through stagnation and the inability to follow his desire to become a writer. When he learns that his old neighbor grew up to become a famous movie star, Steven decides to risk everything and leave his life behind. Screenplay in hand, it’s off to LA for a chance at the big time—and to reunite with his childhood sweetheart.

Kalvin Hinderbrook is Hollywood’s hottest new leading man and most eligible bachelor. He’s spent his entire career avoiding romance in order to keep his orientation hidden, afraid that coming out of the closet would kill his chances to reach the A-List. It’s been easy for him to sacrifice love for acting, but that all changes when he shows up in town.

I could still bring it all back as if it were yesterday.

In just one passionate night, their reunion breaks every wall Kalvin set up to protect himself, but he can’t afford to fall for Steven again. He’s about to take on the biggest role of his career, and he’s sacrificed too much to let it all crumble now—so why can’t he control these feelings he thought were long gone? They once believed they would be together forever. Can old love be strong enough to transcend the challenge of time?

My Leading Man is a 40,000 word steamy MM contemporary romance. This page turner has has no cliffhangers, no cheating, and a guaranteed happily ever after. 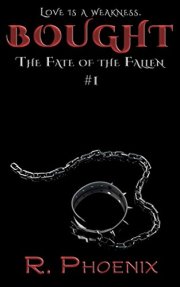 When he agreed to take the fall for his pack leader’s failed attempts to help the Rebellion, Jace knew he wouldn’t live long enough to regret it. However, instead of the noble end he envisioned for himself, the werewolf finds himself at the mercy of a witch and his depraved games. How long can he cling to his pride and conviction that he can withstand anything his controlling new master can dish out?

Now that supernatural beings have seized control of the world, life has become a struggle for the humans who once held power. Witches, vampires, and werewolves determine the fate of every single human, but their moral compasses have long since been shattered. Rebels, free humans, and slaves all share dreams of hope, mercy, love, and more. But with their fate so uncertain, survival isn’t enough… and they may have to sacrifice what is nearest and dearest to them if they want to change their lives.

As a stunningly attractive man and the owner of a successful chain of auto repair garages, Trevor is used to attention, adoration, and getting what he wants. What he wants tends to be passionate, no-strings-attached flings with men he meets in clubs. He doesn’t expect anything different when he sets his sights on James. Imagine his surprise when the charm that normally brings men to their knees fails to impress. Trevor will need to drop the routine and connect with James on a meaningful level. He starts by offering to take James home instead of James riding home with his intoxicated friend.

For James, losing his sight at a young age meant limited opportunities for social interaction. Spending most of his time working at a school for the blind has left him unfamiliar with Trevor’s world, but James has fought hard for his independence, and he knows what he wants. Right now, that means stepping outside his comfort zone and into Trevor’s heart.

Trevor is also open to exploring real love and commitment for a change, but before he can be the man James needs him to be, he’ll have to deal with the pain of his past.

Whoever thought achieving career goals could be boring? Not Duncan Witten, but here he is at forty-one, in his dream job… and hating it. Throw it all away for a challenge? Yes, please!

If only Dunc had known his challenging new job came with Paul Hanks, a man who redefines “stubborn.” They need to work together to meet targets, but thanks to Dunc’s idiot predecessor, Paul won’t take his calls or reply to emails.

There’s only one solution: travel across the country and confront Paul face-to-face. It’s time to take things out of the office.

This is an 18,000 word stand-alone novella with a HFN ending. 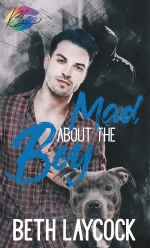