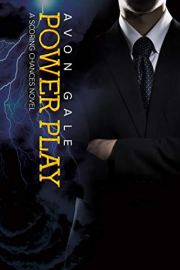 A freak accident during the Stanley Cup Playoffs put an end to Max Ashford’s hockey career. Despite everything, Max gets back into the game he loves—only this time, behind the bench as an assistant coach of the Spartanburg Spitfires, the worst team in the entire league. But nothing prepares him for the shock when he learns the new head coach is Misha Samarin, the man who caused Max’s accident.

After spending years guilt-ridden for his part in Max’s accident, Russian native Misha Samarin has no idea what to do when he’s confronted with Max’s presence. Max’s optimism plays havoc with Misha’s equilibrium—as does the fierce attraction that springs up between them.

Not only must they navigate Misha’s remorse and a past he’s spent a lifetime trying to forget, but also a sleazy GM who is determined to use their history as a marketing hook. But when an unwelcome visitor targets a player, Misha revisits his darkest days, and that might cost him and Max the beginning they’ve worked so hard to build. 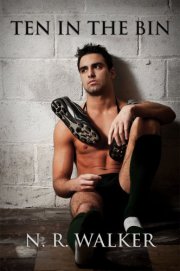 Heartbroken, Dean Cartwright leaves Sydney and heads home, to the coastal town of Newcastle. In a bid to make new friends, he signs up for a local rugby league team where he meets a man known as Macca.

Dean and Macca are both front row forwards, meaning they’re the biggest guys on the team. Over six feet tall and over a hundred kilos each, they’re a force to be reckoned with.

But when Dean gets knocked out, Macca gets even by punching the other guy, and both Dean and Macca end up on the sideline.

Dean soon realizes that being knocked unconscious is the best thing to ever happen to him. 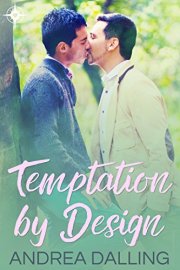 They never meant to fall in love. Now, their burning need could cost them everything.
This steamy hot-for-teacher, straight-to-bi M/M romance has an HEA and no cliffhanger.

Forbidden attraction…
Shakespeare professor Ben Silver teaches in a small college town with few prospects for love. Most gay men he meets are students and off-limits. That’s never been a problem until architecture major Chase takes over set design for the college production of Macbeth. Older than most college juniors, his maturity and leadership skills—not to mention his smoking-hot body—capture Ben’s attention. But a tryst could ruin Ben’s career, and he can’t risk it.

Awakening desire…
Former petty officer Chase Coltrane understands fraternization rules. His years in the Navy taught him to keep his hands to himself, especially where people in authority are concerned. But when Ben ignites Chase’s attraction to men, Chase’s self-control heads out to sea. He wants to explore this newly discovered part of himself, and the sexy, charismatic professor has tied knots around his heart. Will his desperate attempt to win the man he loves destroy their future? Or will it lead them on a path to lasting love? 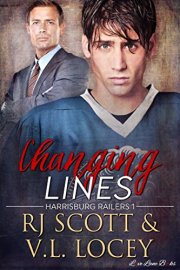 Can Tennant show Jared that age is just a number, and that love is all that matters?

The Rowe Brothers are famous hockey hotshots, but as the youngest of the trio, Tennant has always had to play against his brothers’ reputations. To get out of their shadows, and against their advice, he accepts a trade to the Harrisburg Railers, where he runs into Jared Madsen. Mads is an old family friend and his brother’s one-time teammate. Mads is Tennant’s new coach. And Mads is the sexiest thing he’s ever laid eyes on.

Jared Madsen’s hockey career was cut short by a fault in his heart, but coaching keeps him close to the game. When Ten is traded to the team, his carefully organized world is thrown into chaos. Nine years his junior and his best friend’s brother, he knows Ten is strictly off-limits, but as soon as he sees Ten’s moves, on and off the ice, he knows that his heart could get him into trouble again. 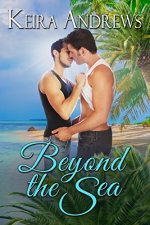 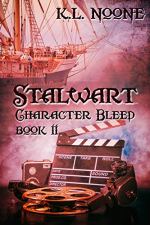 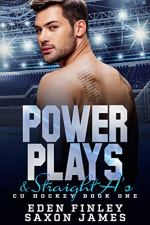