Two-time ex-con Camden Sanders has decided that Hog Mountain—an isolated community on the outskirts of Atlanta, Georgia—is the perfect place to continue running small scams without the threat of more prison time. But there are a few problems with this plan. One is the neighborly citizens of Hog Mountain thwarting his dirty dealings at every turn with their kindness. Another is Jackson Rhodes, a closeted Hog Mountain police officer who can see right through Cam’s good ol’ boy act and plans to catch him red-handed despite the attraction they both can feel. But the biggest problem of all is that Cam’s past is threatening to catch up with him, and it could mean trouble for more than just himself. 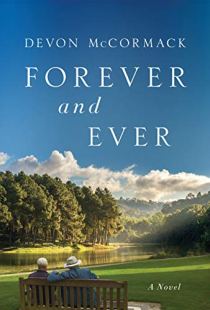 They missed out on love…or so they thought.

At seventy-seven, Wes Brenner is certain he’s lived a full life. But one thing he’ll never know is true love.

When he heads to Heathrow Estates retirement community, planning to spend the rest of his days playing golf and taking spin classes, he runs into an acquaintance from his hometown: Art Cromley.

Although they’d never discussed it when they were younger, they shared a secret. And what begins as catching up on the good ole days transforms into long walks, which turns into so much more…

Wes begins feeling something for Art…something he never allowed himself to feel before.

Art Cromley spent his life chasing romance and love, but instead, found liars and cheaters.

He gave up on silly notions of ‘happily ever after’ and ‘forever and ever’ a long time ago, but when Wes Brenner comes to live at Heathrow Estates, Art discovers a connection unlike anything he’s ever experienced with another man–a connection that gives him a reason to hope.

But isn’t it too late for them?

Isn’t it too late for love or dreams of forever and ever?

They say it’s better to have loved and lost. They have no idea what they’re talking about…

Police officer Graham Andersen already had his happy ending. A whirlwind romance, a young marriage, more happiness than he knew what to do with. And then it was over, almost as soon as it began.

After his husband Joey died, Graham knew he’d never find that kind of love again. But what he’d had with Joey was more than some people ever got in life. He’d had his chance at happiness. He couldn’t ask for more.

“Another night, another lifetime, and I would have said yes. But not tonight. Not anymore.”

When chef Ryan Gallagher is swindled out of his savings right before he can open his restaurant, it almost seems right. One more failure for his long list, one more way he’ll never measure up to his older brother. Joey might be gone, but he still finds a way to overshadow Ryan.

With no money and no prospects, Ryan has no choice but to move home to the family that rejected him and his sexuality. But when he goes out to the local bar one winter night, he never dreams the hot guy he’s hitting on used to be his brother’s husband.

“Please, can we just pretend this never happened? I had no idea who you were when I met you.”

Both men insist that they’re not interested. And yet neither can resist the desire they feel. But relationships require love. Love requires risk. And both Graham and Ryan know this life offers no guarantees. After a long winter in both their hearts, are they finally ready for spring?

Sugar Season is Book 3 in the Maple Springs series. While each book focuses on different characters and can be read on its own, they’re even more fun to read together. Sugar Season is a 75,000 word steamy, contemporary, second chance m/m romance. No cheating, no cliffhangers, and a guaranteed HEA. 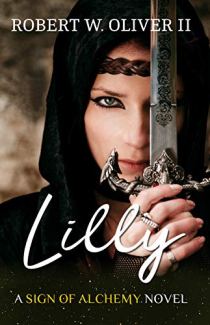 Widowed Mauria works day and night to provide for her sons as the deadly Proctor Wars rage near her homestead. When she discovers a wounded Proctor hiding near her property, she knows she shouldn’t assist. But when she recognizes the beautiful woman from one of her many clairvoyant dreams, she knows she must help.

Lilly is a warrior and would rather die alone in the woods than accept help from someone on the side of those who seek to destroy her people. But Mauria is different. Lilly soon realizes there’s more than a passing connection between them—if Mauria can work through her confusion over being attracted to a woman.

As the battle continues, they risk everything to be together. Will their love be enough to carry them through an uncertain future, especially when the painful consequences of their wartime choices threaten everyone they love?