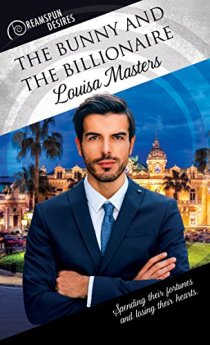 Spending their fortunes and losing their hearts.

Hardworking Australian nurse Ben Adams inherits a substantial sum and decides to tour Europe. In Monaco, the home of glamour and the idle rich, he meets French billionaire playboy Léo Artois. After getting off on the wrong foot—as happens when one accuses a stranger of being part of the Albanian mafia—their attraction blazes. Léo, born to the top tier of society, has never known limits, and Ben, used to budgeting every cent, finds it difficult to adjust to not only Léo’s world, but also the changes wealth brings to his own life.

As they make allowances for each other’s foibles, Ben gradually appreciates the finer things, and Léo widens his perspective. They both know one thing: this is not a typical holiday romance and they’re not ready to say goodbye.

“He’ll steal your heart and then your car.”

Peter Bauer is a career car thief with more skeletons in his closet than four-figure suits. Nikos Petrakis is a mechanic who’s found himself on the wrong side of the law because of a secret of his own. Brought together by circumstance and a ’65 Shelby Cobra, they’ll have to navigate L.A.’s seedy underbelly in the sweet with heat world of Hot Wire.

Humankind possesses a dual nature, the ability to rise to the brightest heights—or sink to the darkest and most perverse depths.

What inspires some to reach the pinnacles of virtue while others cannot resist the temptations of vice? Is it something innate, or a result of destiny and circumstance?

Delve into the minds and spirits of saints and sinners alike with a collection of stories that explore the call toward good or evil—and the consequences of answering it. For while rewards certainly await the righteous, there are also pleasures to be found in the darkness. Venture off the expected path with some of the most innovative voices in LGBT speculative fiction as they present their unique takes on the classic vices and virtues.

The Dark of the Sun by Amy Rae Durreson

The Bank Job by Andrea Speed

Prudence for Fools by Sean Michael

The Gate by J.S. Cook

Heirs to Grace and Infinity by Carole Cummings

The Rendering by John Inman

Beyond the Temperance Effect by Serena Yates

Train to Sevmash by Jamie Fessenden

Couches of Fabric and Snow by Brandon Witt