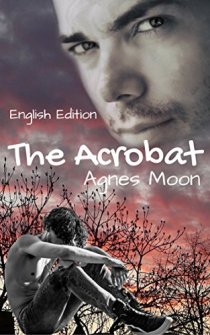 The Acrobat is a professional thief with dozens of burglaries to his credit, but when he finds himself trapped in the enormous abode of a mysterious man, as seductive as he is lethal, he realizes that the police might not be the worst of evils. Vincent de Saint-Bonnet is incredibly rich, with many hidden secrets, and little will to live. A foul-mouthed little thief with magnificent blue eyes is just what he needs to bring some light back to his gray, long-drawn-out existence.

A thief looking for a valuable dagger, an antique dealer with hundreds of years under his belt, for whom the weapon represents an object of . . . inestimable value. Each man has a precise goal and nothing will stop him from reaching it. Not even the incredible attraction that grips them, pulling them into a duel, one fought with lies and seduction.

For two years Nicky has wandered the dark empty corridors of the overgrown Thorn Hall, unseen and untouched, feeling like a ghost. His only company, the cold man who promised to keep him safe from harm, Lance.
But when Lance dies, Nicky’s assurance of safety disintegrates and his world suddenly becomes a lot more real and a lot more dangerous. Scared to leave the house, Nicky longs for daylight. He employs a gardener to clear the over-grown bushes and vines that have nearly swallowed Thorn Hall whole.
The last thing Nicky expects a little light to do is show him something to fight for.

Eighteen months in a young offenders’ institute has taught Cai two things: he occupies the playful puppy end of the How Dangerous Are You? spectrum, and he has an unfortunate knack for being in the wrong place at the wrong time.
Desperate for a job, he takes the first offer he gets. Even though Thorn Hall creeps the hell out of him and he barely knows one end of a pair of garden shears from the other.
Things start to fall apart when Cai is drawn into Nicky’s strange world of sticky notes and secrets. Cai finds he is now a target, blamed for a crime he didn’t commit. Desperate not to go back to prison, he digs deep and risks all the good things in life to help Nicky run.
But now Nicky has someone he wants to protect, he knows he can’t run any more. 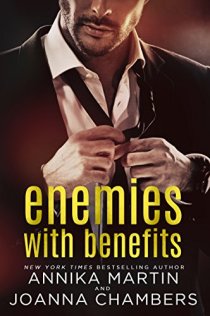 They’re dangerous men. Absolute enemies. And totally hot for each other.

Two years ago, the men in Will’s unit were killed in an ambush because they were betrayed. Now Will has a chance to go after the corrupt billionaire who sold them out.
One problem: the billionaire’s bodyguard. Nobody knows what he looks like; they only know him by the trail of bodies he leaves behind.

Will their passion destroy them both?

Kit’s a hardened assassin who’ll do what it takes to protect his boss. But when Will moves on the billionaire at an elite party, things with Will and Kit take an unexpected—steamy—twist.
Now Kit has to convince Will to walk away–from his quest for justice, and from the red-hot passion that’s spinning out of control.

This is the prologue novella for ENEMIES LIKE YOU 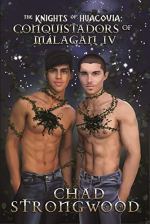 Chitto is a humble farmer living in a small island village on a distant planet, but the fruit of his trees has a terrible secret…