Music In Motion: Book One

Malakei Oakley, aka rapper M. Prophet, is at the top of his game—but deep in the closet. Handsome, wealthy, and successful as the head of 315East Entertainment, Malakei should be on cloud nine. Despite his awards and a Midas touch that has every musician clamoring to work with him, something is missing.

Seth “Reaper” Davies is ready for stardom. His band High Stakes plays to small, packed houses all over Birmingham and London but has yet to get their big break. But Seth isn’t giving up on his dream—no matter what it takes.

A viral video prompts a message from a person he doesn’t expect—the talented M. Prophet. Their musical styles are worlds apart, and Seth has no desire to change his style to sell records. But his curiosity—and his attraction to Malakei—wins out.

Malakei can’t get Seth out of his mind. He also can’t come out without ruining his reputation. No matter how much he wants the sexy singer, his only option is to push Seth away.But he’s about to find out Seth isn’t one to give up on what he wants—and he might be just what Malakei needs. 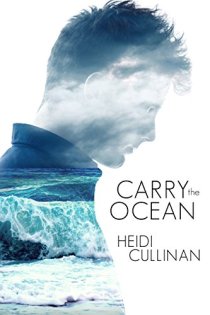 Normal is just a setting on the dryer.

High school graduate Jeremey Samson is looking forward to burying his head under the covers and sleeping until it’s time to leave for college. Then a tornado named Emmet Washington enters his life. The young man with a double major in math and computer science is handsome, forward, wicked smart, interested in dating Jeremey—and he has autism.

But Jeremey doesn’t judge him for that. He’s too busy judging himself, as are his parents, who don’t believe in things like clinical depression. When Jeremey’s untreated illness reaches a critical breaking point, Emmet is the white knight who rescues him and brings him along as a roommate to The Roosevelt, a quirky new assisted living facility.

As Jeremey and Emmet find their feet at The Roosevelt, they begin to believe they can be loved for the men they are beyond their disabilities. But before they can trust enough to fall head over heels, they must trust their own convictions that friendship is a healing force and love can overcome any obstacle. 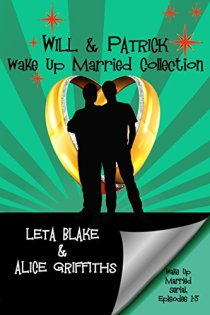 Episode One: Will & Patrick Wake Up Married

After a drunken night of hot sex in Vegas, strangers Will Patterson and Dr. Patrick McCloud wake up married. A quickie divorce is the most obvious way out—unless you’re the heir of a staunchly Catholic mafia boss with a draconian position on the sanctity of marriage. Throw their simmering attraction into the mix and all bets are off!

Meeting the family is challenging for every new couple. But for Will and Patrick, the awkward family moments only grow more hilarious–and painful–when they must hide the truth of their predicament from the people they care about most. Throw in the sexual tension flaring between them and you’ve got a recipe for madcap laughs and surprisingly heartwarming feels.

Episode Three: Will & Patrick Do the Holidays

A couple’s first holiday season is always a special time. Thanksgiving, Christmas, and New Year’s Eve are magical when you’re in love. Too bad Will and Patrick’s marriage is a sham and they’re only faking their affection for each other. Or are they? Sparks fly in this episode of the Wake Up Married serial. Will the sexual tension between Will and Patrick finally explode in a needy night of passion? Or will they continue to deny their feelings?