Derek Vaughn is a little too serious. He’s a type A control personality with a penchant for order and a love of water polo. But he’s determined to enjoy his last year of college. The real world with a serious job and big expectations can wait for a few months. He’s going soak up every minute on campus with his friends and teammates before he moves on. The only possible kink in his plan is the new guy on the team… also known as his nemesis.

Gabe Chadwick has big Olympic dreams. His transfer between Southern California universities has nothing to do with scholastics. The degree is his backup plan. He’s not there to party or make friends. And he certainly isn’t going to announce his sexuality. But he can’t deny there’s something special about the uptight team captain. However, when an unwitting friendship and mutual attraction collide, both will have to decide if this is the real thing or if they’re about to lose it all in the deep.

Maybe I just needed a good night’s sleep. It had been a long day. And a weird one. I could never have dreamed up a scenario featuring Gabe Chadwick in my house after this morning. But here he was.

I gave him a thorough once-over as he walked into the kitchen. And again, the first thing that crossed my mind was, “Wow, he’s really fucking hot.”

“Thanks. Do you want some water or something?” I asked, awkwardly pointing at the fridge.

“No, thanks. I’ve had enough tonight,” Gabe replied with a laugh.

I should have said good-bye then and escorted him to the door, but I had a strong desire to keep him talking and maybe dispel the weird admiring thoughts going through my brain. Yes, Gabe was a good-looking guy, but I shouldn’t be fixating on his long eyelashes and the way the kitchen light framed him in a halo of sorts. I couldn’t let him go until my brainwaves returned to normal, and he was the same annoyingly smart and talented opponent I’d played against occasionally for years. The thing was, I didn’t really know him and at that moment, I wanted to.

“About fifteen minutes away. I scored an apartment by campus. I have one roommate. Brent’s a volleyball player. We might get a third to cut expenses, but I don’t want to share a room, so that’ll be up to him.”

“Sharing a room gets old fast. Evan and I knew we wanted to live together, but I’d probably smother him in his sleep if I had to listen to him snoring every night a few feet away from me,” I said in a lame-ass effort to keep him talking.

Gabe chuckled. “That would be rough. Evan seems like a cool guy. Is he as neat as you? This house is spotless.”

“No, that’s all me. I can’t help it. I have a thing about order. Evan’s a slob. You should see his room. At least he tries in shared spaces. I don’t bug him about his unmade bed, scattered clothes, and random dishes he leaves on his nightstand as long as he keeps the bathroom and kitchen tidy. He’s been on the receiving end of a couple of classic Vaughn meltdowns,” I said with a self-deprecating shrug.

“A Vaughn meltdown,” Gabe repeated. “That must be a version of what I experienced this morning when you tried to drown me.”

“Fuck off.” I laughed, then looked away quickly when a rush of heat flooded my cheeks. Oh, my God. Please don’t let me blush. Not now. He’ll know something’s wrong with me.

Gabe stepped closer to me and cocked his head. “Are you blushing?”

“Whatever you say.” He winked and gave me a mischievous smile that turned me inside out.

This couldn’t be happening. 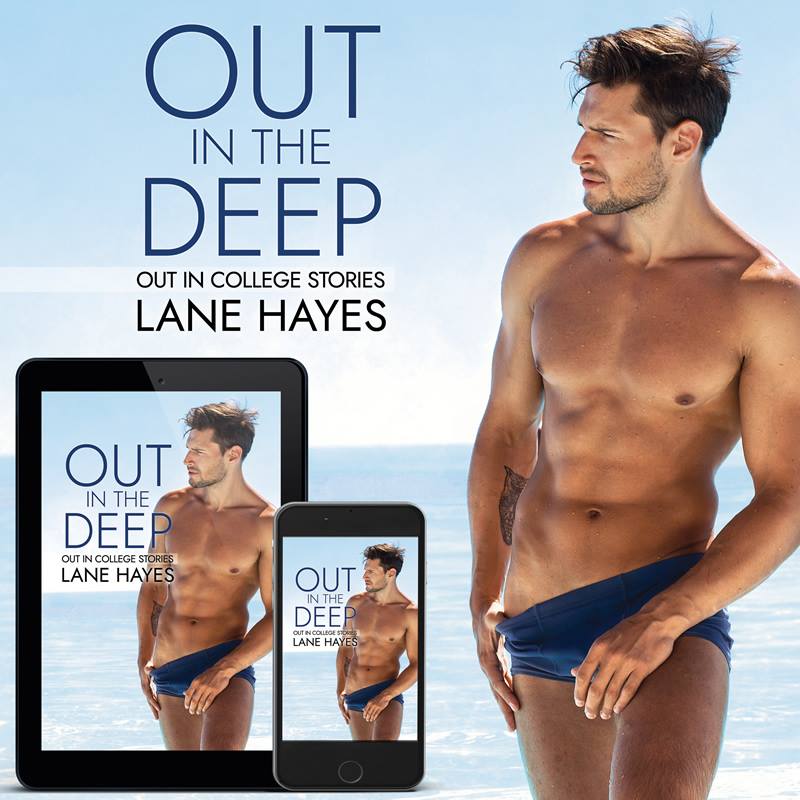 Lane Hayes is finally doing what she loves best. Writing! An avid reader from an early age, Lane has always been drawn to romance novels. She truly believes there is nothing more inspiring than a well-told love story with beautifully written characters. Lane discovered the M/M genre a fews ago and was instantly hooked. She is the bestselling author of the Better Than, Right and Wrong, A Kind of Stories and Leaning Into series. Lane’s novels placed first in the 2016 and 2017 Rainbow Awards. She loves travel, chocolate, and wine (in no particular order). Lane lives in Southern California with her amazing husband in an empty nest.