Is it really wrong to want to murder your boss?

Not surprisingly he has devoted a lot of time to increasingly inventive ways to murder Gabe. From stabbing him with a cake fork, to garrotting him with his expensive tie, Dylan has thought of everything.

However, a chance encounter opens his eyes to the attraction that has always lain between them, concealed by the layers of antipathy. There are only two problems – Gabe is still a bastard, and he makes wedding planners look like hardened pessimists.

Because Gabe is still the same commitment shy, cold man that he’s always been, or is he? Has Dylan had the same effect on Gabe, and has his solid gold rule of no commitment finally been broken? With his heart taken Dylan desperately needs to know, but will he get hurt trying to find the answers?

A new author for me but I’m already a fan of this snarky wordsmith. I do love to hate a character and I definitely wasn’t a fan of Gabe to start with. But as I got to know him through the story and the reason behind his rules I ached for what the man had been through and how he let it affect his life.

Dylan in all his sarcastic wit charmed me from the start. He may be the only person brave enough to stand up to and even challenge Gabe.

The pair have worked together for two years with Dylan fighting his attraction for Gabe, which leads to a lot of arguing and snarky comments between them before they finally give in to the chemistry between them.

“I feel the gorge rise in my throat at the thought of him with someone else, but manage to suppress it. I agreed to this, and I’ve been a willing participant in it. I can’t therefore whine when he doesn’t say the right things.”

A story that had me laughing out loud and hit me right in the feels too.

“All I could think was that I just wanted you to hurry up and fucking leave me, because it was going to happen anyway.”

A great story and another two in the series for me to devour! 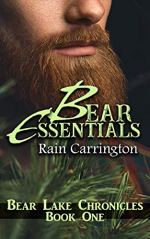 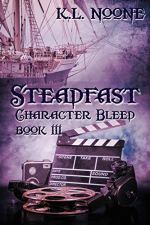